Colchester Swimming Club is a club that celebrates the accomplishments of its members and the advancements to swimming on a whole. 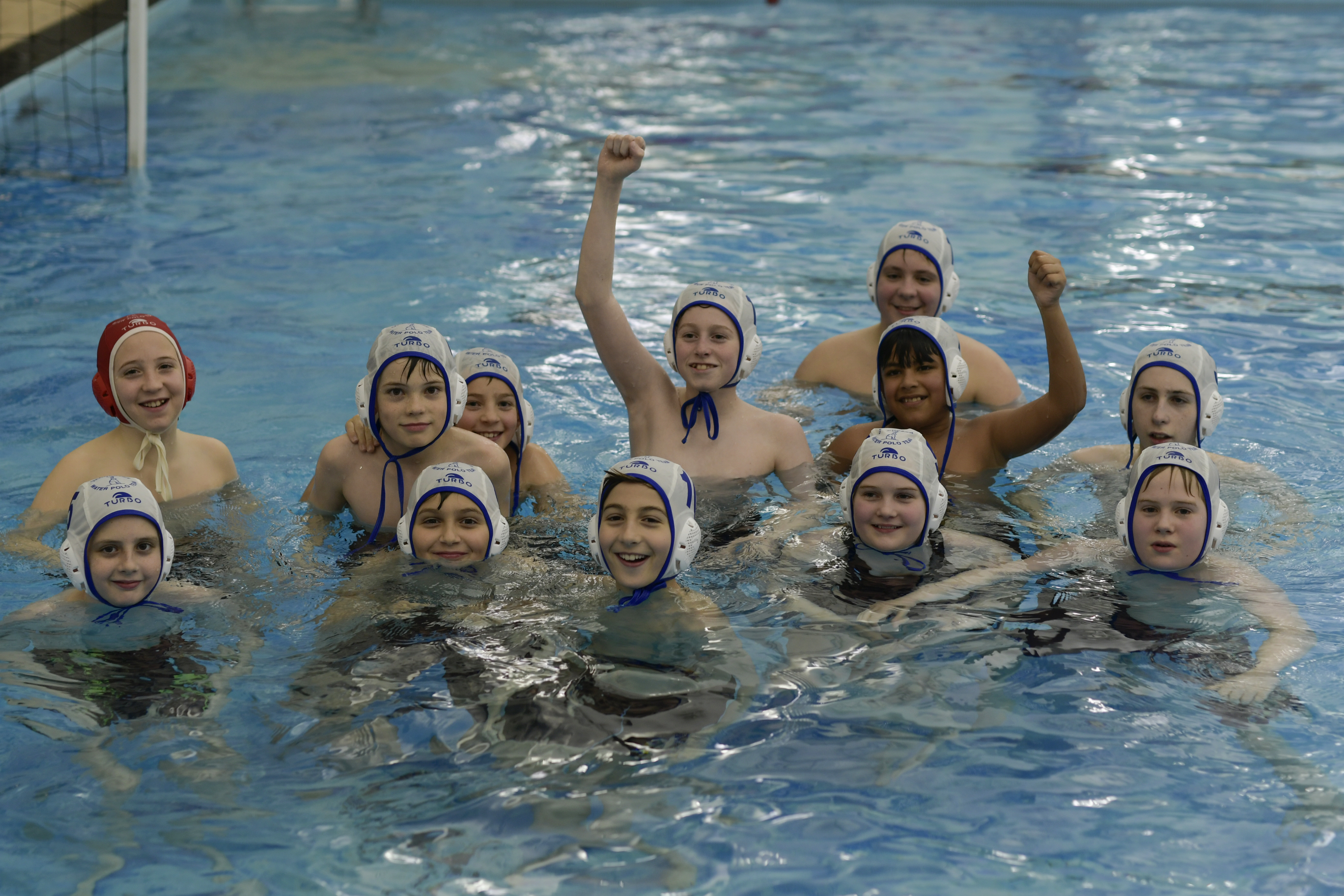 Colchester welcomed Hitchin under 14s team to Leisureworld on Sunday 15th January. The game was set up to give Colchester’s new junior players the opportunity of a competitive match against a team of similar age. The game took place in front of the biggest crowd seen at a Colchester game for a long time. There was a buzz of excitement around the pool before the game began.

Colchester fielded their eldest player in goal to give the youngsters game time on pitch with Colchester’s players ranging from 9-13. Hitchin began well and had one player in particular who caused Colchester’s defence problems. He scored all 3 goals as Hitchin went into a 3-0 lead by the end of the third quarter. Despite this Colchester had chances to score, but just could not quite manage the final pass or shot.

The second quarter saw Colchester grow in confidence, James Blacker in goal made a number of good saves. As the defence were able to keep Hitchin at bay, Colchester managed to finally break their duck and get the first goal of the game through Almos Bujtar. A much better performance from Colchester saw the score at 3-1 at half time.

Colchester’s players put a lot of effort into the second quarter, which showed, as Hitchin began the third quarter strongly. Hitchin broke a number of times and showed their experience against the younger players of Colchester. James Blacker, now playing on pitch for Colchester looked dangerous when he received the ball, but Colchester struggled to get the ball through to him. Blacker did manage to get one goal, but Colchester conceded 4 as the third quarter ended 7-2.

The Colchester coaches gave final team talk before the final quarter to try and encourage the youngsters, who all still wanted to get in the pool and compete despite being extremely tired. They showed a great deal of determination and strength to finish the game 11-4 to Hitchin. Blacker scored another 2 goals, but Colchester conceded 4 on the break. It was a fantastic performance by the Colchester team in their first real competitive game against an older and more experienced team. The more games they are able to play the more they will improve, build on their stamina and be more competitive in these games. Thanks to Hitchin, who made the long journey to Colchester on a Sunday night, it was great to see so many cheering both teams on in the spectator area. 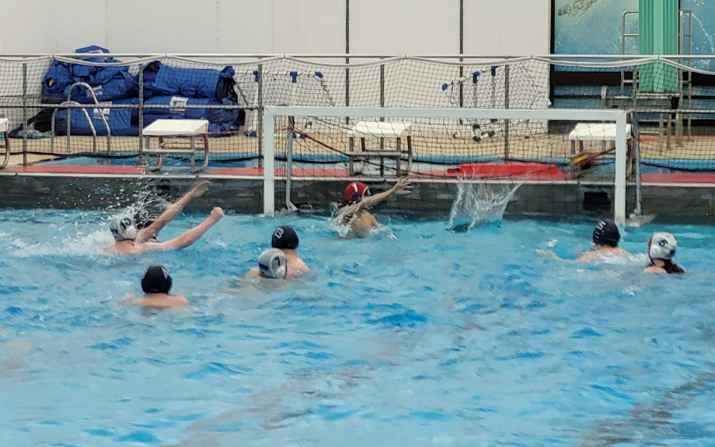 Colchester welcomed Cambridge under 18s team to Leisureworld for a hard-fought game on Sunday evening. Despite the inclement weather Cambridge turned up with a strong team and both teams put in a huge amount of effort and the result was a very entertaining game.

Colchester began the first half brightly with Alex Wood, two, and Olivia Vinter scoring to see the home team race into a 3-0 lead, however Cambridge fought back well and showed they are no mugs with 2 goals late in the first quarter to see the deficit reduced to 3-2.

The second quarter was again evenly matched. Colchester again increased their lead thanks to a brace for Vinter and further goal for Wood. But again, Cambridge fought back strongly to reduce the arears. Wood managed to score with a long shot in the final second of the quarter to leave Colchester 7-5 up at half time.

The third quarter was full of goals. The game was now end to end and shots being fired in from all angles. Vinter scored a hatrick in the third quarter, Wood a further goal and George Li got on the scoresheet. Cambridge were equal to Colchester who tried to introduce some younger members of the team for an introduction to the game. Cambridge quickly pounced and reduced the lead to 12-11 going into the final quarter.

Colchester senior team now take on Chelmsford in a 2 legged final for the Eastern summer cup.

Colchester took 2 teams to play Norwich recently on the 12th October. Norwich also have a junior section and asked Colchester to field a mixed junior team for a friendly before the senior teams met in the Eastern league fixture.

Colchester fielded a team of 10 juniors ranging from the age of 14 to 17. The game began as a tight affair with the first quarter being drawn 2-2. Colchester’s goals came from Matt Birsan and Maisy Head. Colchester had a couple of late arrivals due to the lengthy journey and by the second quarter they were up to their full squad and piled pressure on Norwich. George Li scored 3 goals and a goal a piece for Felix Hirst and Head saw Colchester build up a 7-2 lead at half time.

Buoyed by the juniors result the seniors then set about taking on the Norwich senior team. Colchester started at a similar pace to the juniors with Ben Chapman grabbing two really quick goals at the start of the game. Norwich did respond, but Colchester managed to grab two further goals through Martin Vinter and Simon Lecomber to lead 4-2 after the first quarter. The second quarter saw Colchester build up a head of steam, Chapman added a hat trick to his tally, Matt Vinter scored 2 and further goals by Dan Himsworth and Ethan Wyatt saw Colchester build up an 11-3 lead at half time.

The second half of the game was similar in continued domination by Colchester. The defence kept Norwich at bay and allowed the attacking players to flourish in front of goal. 2 further goals from Chapman, 3 for Wyatt and one for Dan Eaton mean the final quarter began with Colchester leading 17-3. The final quarter saw goals shared by Chapman, Will Chapman, Lecomber, Wyatt and Chris Harrington to see Colchester run out comfortable winners at 22-5. Special mention to Ben Chapman who finished with 8 goals.